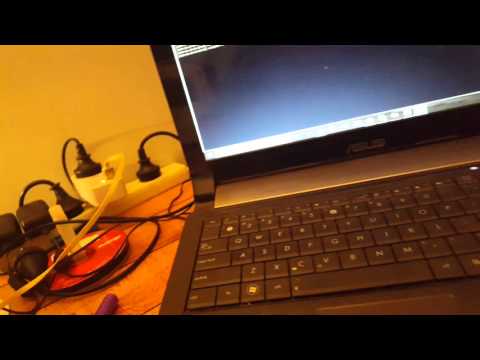 Pre 2013
Bitcoin users and developers have near universal agreement that the block size limit is a temporary feature must be raised and/or removed. Preparing for this hard fork is one of lead developer Gavin's top priorities.
https://web.archive.org/web/20140328052630/https://en.bitcoin.it/wiki/Talk:Scalability


MAX_BLOCK_SIZE has always been planned to increase as needed. That limitation should be ignored. theymos 17:15, 4 March 2011 (GMT)
What Theymos said. Increasing MAX_BLOCK_SIZE will be done when "lightweight, header-only" client mode is done. Until then, block size has to be kept under control.--Gavin Andresen 00:19, 5 March 2011 (GMT)


When I joined this forum I was completely wrong calling the Bitcoin core development team "Bitcoin bunker". Now that I understand the situation better I know that there's no single bunker. There are numerous one-or-two-person cubbyholes that may occasionally form the aliances to shoot at the occupant of another cubbyhole. The situation conforms better to the distributed paradigm inherent in the design of Bitcoin.


2013
For the first time in Bitcoin's history, arguments begin to erupt regarding the desirability of increasing the block size limit.
Many of the proponents in favor of making the block size limit permanent are investors in competing currencies/payment systems and this fact was not lost on observers of the era and can easily be confirmed by viewing the profiles of the participants:
https://bitcointalk.org/index.php?topic=140233.0;all
https://bitcointalk.org/index.php?topic=144895.0;all
https://bitcointalk.org/index.php?topic=221111.0;all
In May of 2013, Peter Todd funds the production of a propaganda video:
https://www.youtube.com/watch?v=cZp7UGgBR0I
None of the claims in this video are true, but it is effective in creating drama. Tensions rise and development work grinds nearly to a halt due to infighting.
BTC market share is 95%.
In December, Gregory Maxwell begins to revive the idea of sidechains along with Adam Back, TheBlueMatt, and other individuals who will go on to form Blockstream.
They begin promoting sidechains as an alternative to Bitcoin scaling.


2014
April 7: Unwilling to deal with the drama any further, Gavin steps down as lead developer. At the time the BTC market share is 90%.
Sidechain discussion is well underway, yet a few people still manage to speak up to point out that sidechains should not be treated as an alternative to scaling Bitcoin. You may notice some familiar posters in these threads:
https://bitcointalk.org/index.php?topic=566704.0;all
https://bitcointalk.org/index.php?topic=563972.0;all
In October, Blockstream.com publishes their sidechain whitepaper:
https://bitcointalk.org/index.php?topic=831527.0;all
The response is underwhelming.
On November 17, Blockstream announces the securing of $21 million in seed funding.
BTC market share is 91%.
2015
On June 22, Gavin Andresen proposes BIP101 to increase the block size limit as the conclusion of his work performed since stepping down as lead developer.
On August 6, Mike Hearn announces BitcoinXT, a full node implementation that includes BIP101.
Many Blockstream employees, including Adam Back, call this effort a "coup", a claim that can not be made without admitting they believe themselves to be the legitimate rulers of Bitcoin.
http://spectrum.ieee.org/tech-talk/computing/networks/the-bitcoin-for-is-a-coup
In October, Blockstream employee Pieter Wuille proposes "Segregated Witness":
https://bitcointalk.org/index.php?topic=1210235.0
Post-2015
This is the time period most Bitcoin users are familiar with, which really only represents the tail end of a five year long fight to prevent the planned block size limit increase.
The BTC market share has been steadily dropping since the anti-scaling propaganda began in late 2012/early 2013.
It currently stands at 66%.
https://coinmarketcap.com/charts/

10/19: Jeff Berwick outlines in the Dollar Vigilante the New Crypto Order including: XBT, ETH, EOS and the US$ debt transfer.